The prevailing opinion earlier this year was that the hospital registered nurse (RN) shortage was being driven by older nurses retiring early or leaving hospital employment for less-demanding care settings during the pandemic. However, recent data shown in the graphic below paint a different picture. Hospital RNs with over ten years of tenure actually turned over at lower rates in 2021, compared to 2019. Meanwhile, the turnover rate for nurses with less tenure (who are typically younger) increased in 2021. While less-tenured nurses have always turned over at higher rates, we are seeing a new uptick in younger RNs leaving the profession.The size of the total RN workforce decreased by 1.8 percent between 2019 and 2021—and the decline was twice as steep for hospital-employed RNs. Younger RNs disproportionately drove this decline: nurses under age 35 left the nursing workforce at four times the rate of those over age 50. A recent survey suggests younger RNs are less likely to feel their well-being is supported by their organization, and more likely to define themselves as “emotionally unhealthy.” To keep younger nurses in the profession, hospitals must increase the support available to them. Investments might include expanding preceptorship and mentorship programs, many of which were cut during the pandemic, and increasing behavioral health support and job flexibility. 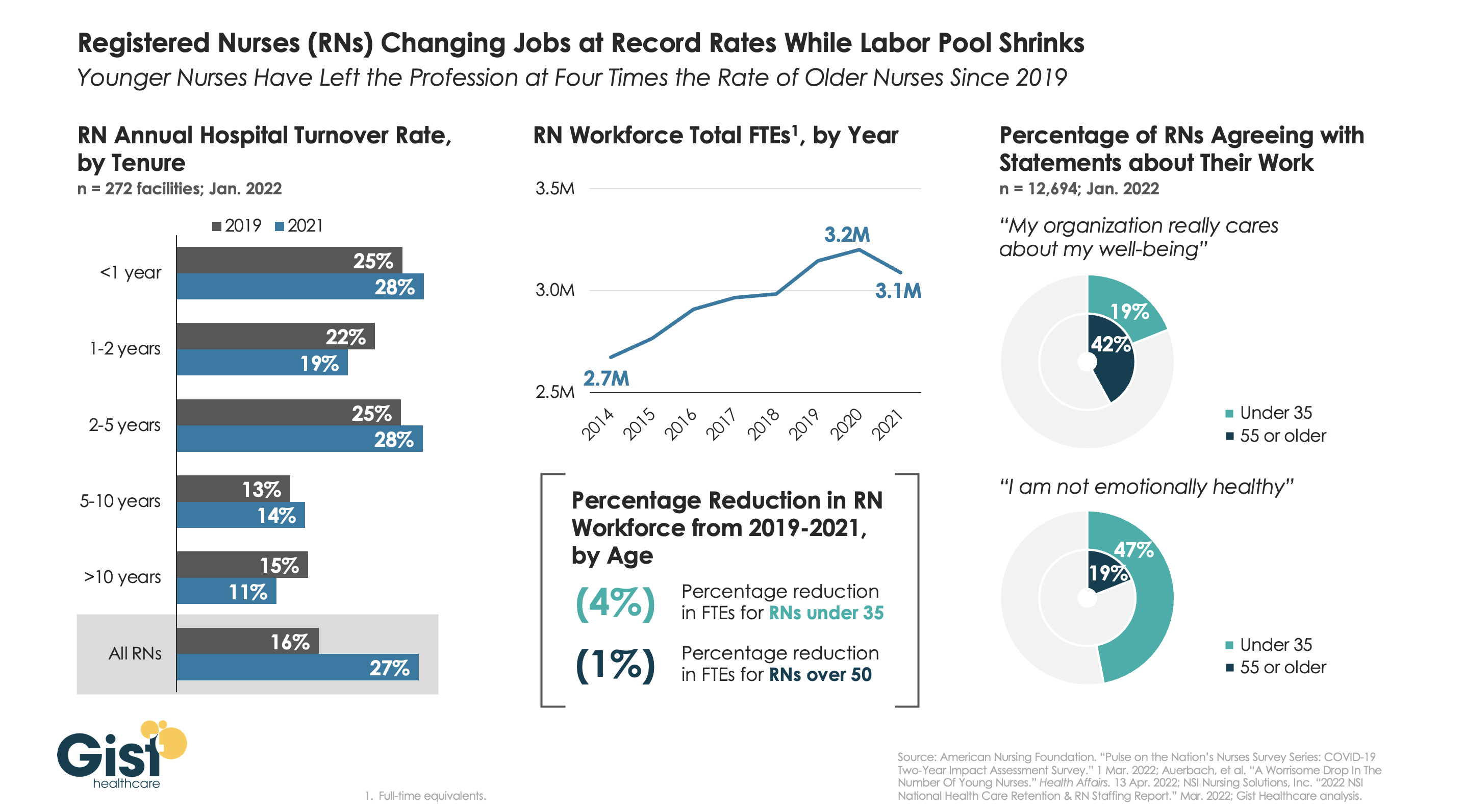