The World Cup of Healthcare is back!

Every four years, soccer teams from 32 nations across the globe come together to compete in the World Cup, with the latest men’s tournament kicking off in Qatar this Sunday. For the previous men’s World Cup in 2018, we investigated who would take the top prize if the competition was between each nation’s healthcare system, rather than their soccer teams. Now four years—and a global pandemic—later, we’ve returned with a new approach (much like the US Men’s National Team, who are back after failing to qualify in 2018) to assess which of the 32 nations best protected its population from COVID. We based our analysis on three key metrics that we selected as the most reliable and meaningful representations of a nation’s response to the pandemic: 1) the quality of each nation’s underlying healthcare system (measured by the Consumer Value Index score that we created last time; 2) its per-capita vaccination rate (counting all doses administered, including boosters); and 3) its per-capita COVID mortality rate (adjusted by the percentage of population 65+).

The two highest-scoring nations hail from Asia, with Japan narrowly losing out to the 2022 host nation, Qatar. Both top performers built off their above average healthcare infrastructure by implementing strong vaccination campaigns, strictly limiting travel, and achieving a delicate balance between slowing COVID’s spread and continuing economic activities. While tiny, oil-rich Qatar unquestionably mustered an impressive response to COVID—due in part to its decade-plus of scenario planning for any geopolitical challenges that it might encounter in the lead up to its World Cup hosting debut—its “victory”, much like the corrupt decision to award it hosting rights, is tainted by tragedy and controversy. Thousands of migrant workers brought to Qatar to construct stadiums and facilities for the World Cup competition have died as a result of exploitation and unsafe working conditions. This raises the question of whom a nation’s healthcare system should serve. If it fails to help those in greatest need of care, including migrants—who now comprise 85 percent of Qatar’s population of just under 3M—then to us, this “win” is worth little. We only hope the real Cup’s champion is crowned with less controversy, and fewer caveats. 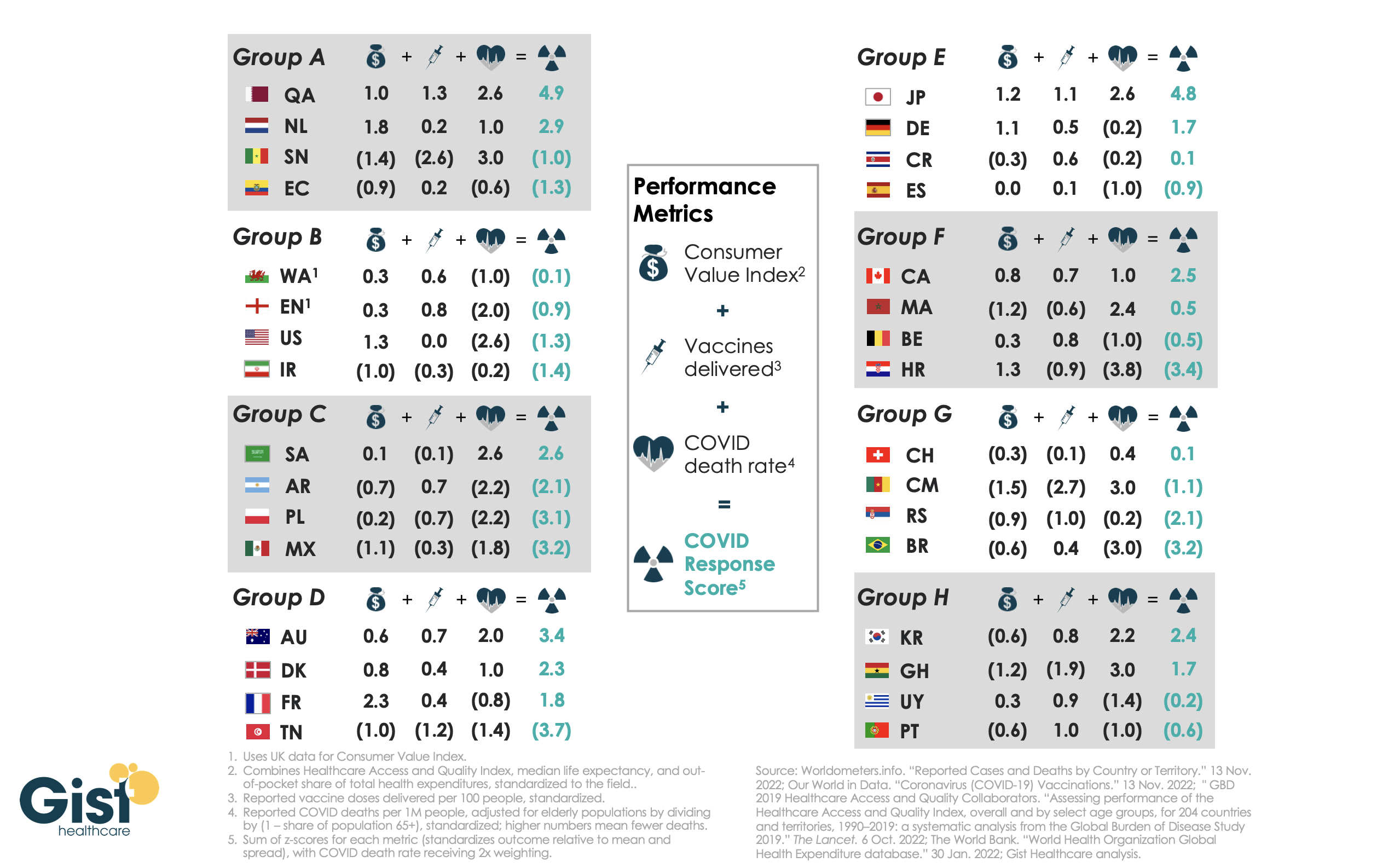