The investor landgrab for physician practices

As consolidation among physician practices continues apace, investor-driven acquisitions have been heating up. According to a recent USC-Brookings Schaeffer Initiative for Health Policy report, private equity (PE) deals have dominated the acquisition frenzy. As the graphic below shows, there have been four distinct waves of PE-driven investment. The first wave, beginning in the early 2000s, targeted hospital-based physicians, like anesthesiologists, emergency physicians, hospitalists, and radiologists. These “hospital-based supergroups” could offer a broad range of physician support and coverage through a single group. In some markets, a single group grew to be the sole provider of key services, resulting in significant contracting leverage. Investor interest then shifted to office-based specialties, such as dermatology and ophthalmology, to capitalize on high-margin, cash-paying, procedures. More recently, PE firms have homed in on the shift of procedures from hospital to outpatient settings, targeting gastroenterologists and orthopedic surgeons who can move volume to ambulatory surgery centers—taking a bite out of hospitals’ most profitable service lines. At the same time, investors have also been backing risk-based primary care practices that manage large panels of Medicare Advantage patients, capturing cost savings from keeping patients out of the hospital.

Regardless of which specialty they’re targeting, private equity’s modus operandi is the same: leverage scale to cut costs and increase efficiencies, boost profitable volume—and then sell for a profit. In 2019, the median holding period for healthcare deals was roughly four years, but that has been declining. An important caveat for doctors looking to sell: PE firms are not long-term owners of practices, instead playing a roll-up function that leads to another transaction with an insurer or larger investor—often with little input from their physician “partners”. 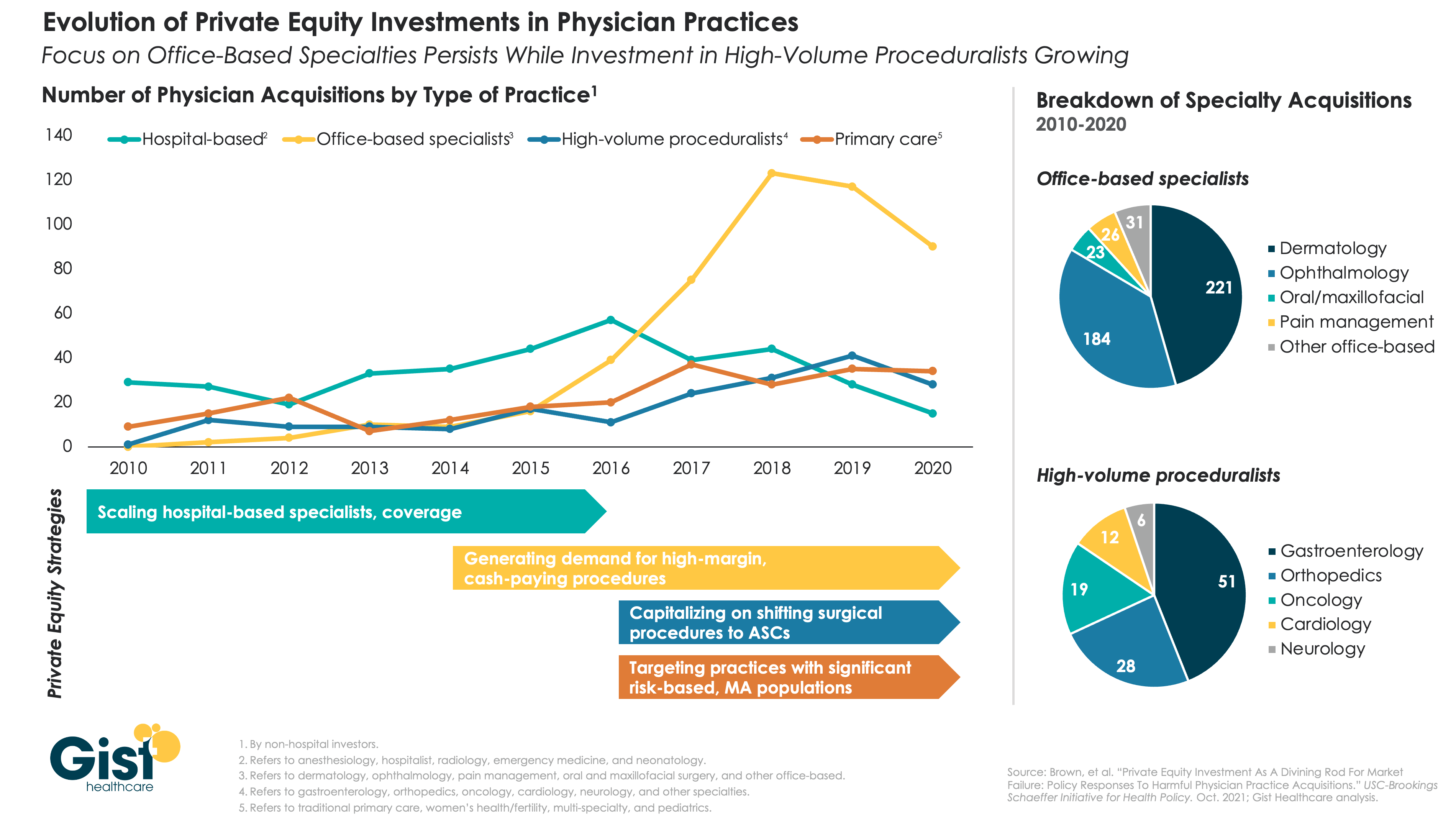