Earlier this week, the American Hospital Association (AHA) made its case before the US Supreme Court, in opposition to Medicare reimbursement cuts to hospitals that participate in the 340B Drug Pricing Program. The program allows hospitals that serve low-income patients to purchase outpatient drugs at a discount. In the graphic below, we look at what’s at stake for hospitals in the case. Beginning in 2018, Medicare cut reimbursement for 340B-eligible drugs purchased by most hospitals by 28.5 percentage points, amounting to roughly $1.6B annually—which was a significant hit to hospitals’ 340B revenue. As we recently discussed, that revenue has become essential for many hospitals’ financial sustainability. However, the true impact on hospital bottom lines is more nuanced, as the savings from 340B rate cuts are being redistributed to all hospitals that participate in the Outpatient Prospective Payment System (OPPS), regardless of their 340B status, via a 3.2 percent payment bump for non-drug Part B services. While the cut negatively impacts those with large 340B programs—generally larger hospitals located in urban areas—the resulting redistribution actually provides a net benefit to about four in five hospitals.

Although 340B program revenues are at stake, the broader legal question before the Court centers on the level of authority federal agencies like the Centers for Medicare & Medicaid Services (CMS) have to create regulations to interpret ambiguous laws. (If the justices rule against CMS, it will overturn a key legal doctrine known as the Chevron Defense, which compels courts to defer to an agency’s interpretation of unclear statutes.) A ruling isn’t expected until next spring, but regardless of the outcome, the 340B program faces other threats, chiefly from several lawsuits involving large pharmaceutical manufacturers’ moves to restrict discounted product sales to contract pharmacies. Undoubtedly, the ongoing scrutiny of the 340B program will continue to raise questions about whether there are better ways to subsidize the operations of hospitals serving low-income patients and ensure that underserved patients have access to lifesaving treatments. 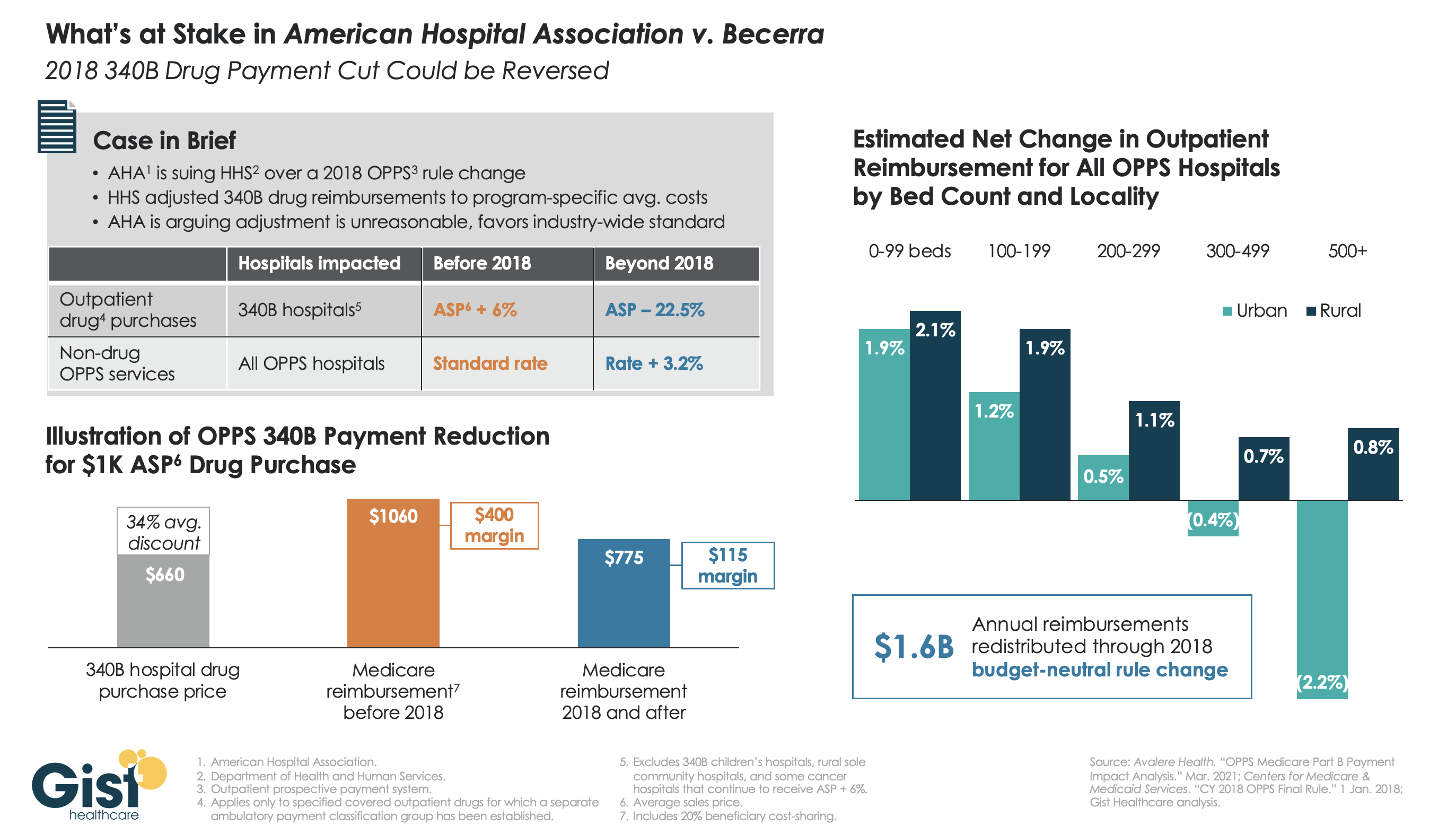