The American Rescue Plan stimulus package just sweetened the deal for the twelve holdout states that haven’t yet expanded Medicaid. In exchange for expanding eligibility to the roughly four million adults with incomes up to 133 percent of the federal poverty level, new expansion states will also be eligible for a five percent increase in the federal matching rate for their entire traditional Medicaid population for a two-year period. The graphic below shows the cumulative fiscal impact for holdout states, should all Medicaid-eligible individuals enroll. Since the traditional Medicaid population is so much larger than the expansion population, the temporary increase more than offsets states’ cost to cover their share of the expansion, resulting in an estimated net fiscal benefit of almost $10B. While the net benefit would vary from state to state, a Kaiser Family Foundation analysis found the two most populous non-expansion states, Texas and Florida, could net up to $1.9B and $1.8B respectively across the two-year period.

Medicaid expansion has had a significant positive financial impact on hospitals, reducing uncompensated care and increasing overall operating margin by an average of 1.7 percent. A recent analysis by the Center on Budget and Policy Priorities found uncompensated care costs as a share of hospital expenses fell an average of 45 percent in Medicaid expansion states between 2013 and 2017. So far, only two states eligible for the enhanced expansion, Alabama and Wyoming, have signaled interest in taking advantage of the new deal. Convincing the remaining ten to follow suit will require intense and coordinated advocacy efforts from the healthcare and business communities. Making the financial case for expansion should prove straightforward, compared to overcoming long-entrenched political opposition. 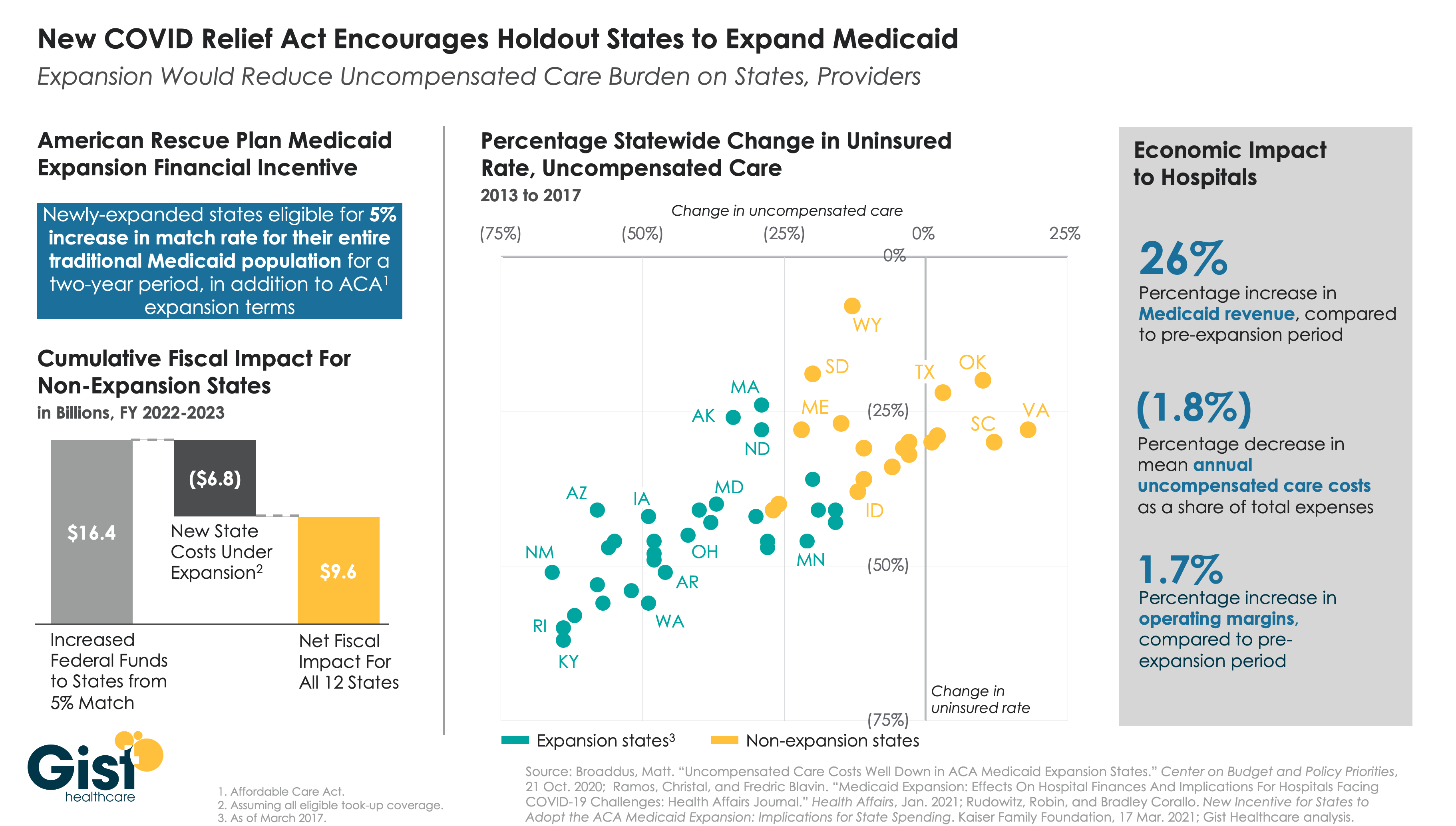