Last week, we examined how the fast-growing Medicare Advantage (MA) market remains heavily concentrated among a handful of large carriers. But amid this concentration, consumers have more options than ever before, both in terms of carriers and plans, as shown in the graphic below. The average MA enrollee can now choose from among 39 health plans offered by nine different payers, the majority of which feature $0 insurance premiums. An increasing number of plans also now offer a variety of non-medical benefits. Landing an MA consumer soon after they become eligible is critical for carriers, as more than seven in 10 Medicare beneficiaries stick with the plan they have year after year. While this “stickiness” may suggest enrollees are satisfied with their current coverage, it also calls into question whether the MA marketplace is actually working as intended. With another revenue boost to MA plans proposed for 2023, competition between plans—as well as consolidation among carriers—will continue to heat up, especially as the number of Medicare-eligible Americans will increase by nearly 50 percent over the next three decades. 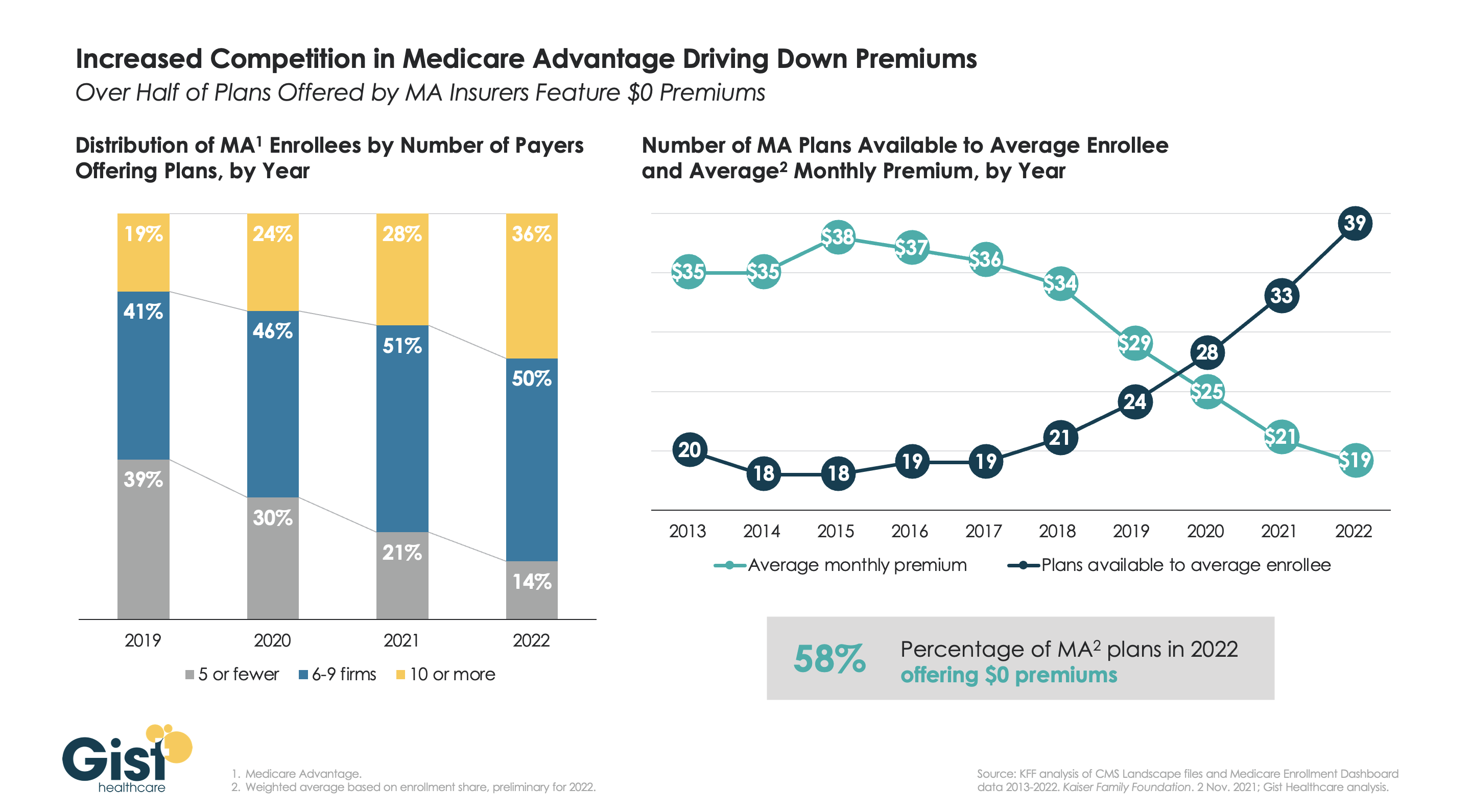