How would “Medicare at 60” impact health system margins?

An estimate from the Partnership for America’s Healthcare Future predicts that nearly four out of five 60- to 64-year-olds would enroll in Medicare, with two-thirds transitioning from existing commercial plans, if “Medicare at 60” becomes a reality. In the graphic below, we’ve modeled the financial impact this shift would have on a “typical” five-hospital health system, with $1B in revenue and an industry-average two percent operating margin. If just over half of commercially insured 60- to 64-year-olds switch to Medicare, the health system would see a $61M loss in commercial revenue. There would be some revenue gains, especially from patients who switch from Medicaid, but the net result of the payer mix shift among the 60 to 64 population would be a loss of $30M, or three percent of annual revenue, large enough to push operating margin into the red, assuming no changes in cost structure. (Our analysis assumed a conservative estimate for commercial payment rates at 240 percent of Medicare—systems with more generous commercial payment would take a larger hit.) Coming out of the pandemic, hospitals face rising labor costs and unpredictable volume in a more competitive marketplace. While “Medicare at 60” could provide access to lower-cost coverage for a large segment of consumers, it would force a financial reckoning for many hospitals, especially standalone hospitals and smaller systems. 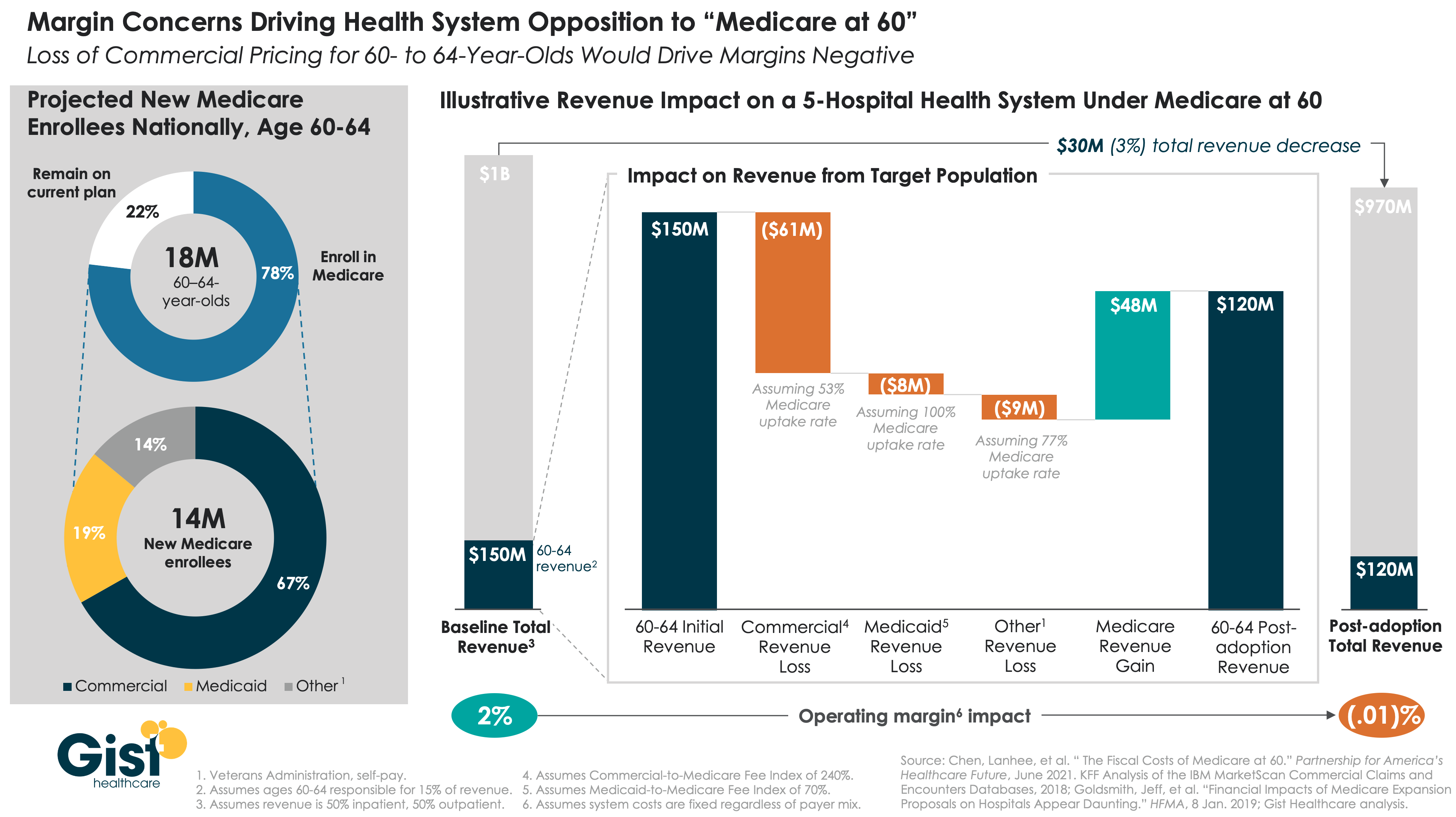