From insurer to diversified services business

Large health insurers no longer just provide coverage, but are instead repositioning themselves as vertically integrated healthcare organizations that span the care continuum. The graphic below shows five-year total revenue growth by segment for the top five health insurance companies. Some, like Anthem and Humana, are still in the early stages of revenue diversification, leveraging partnerships and investments to fill service gaps—in Humana’s case, these are mainly centered on the Medicare Advantage population. On the other hand, the insurance revenue of Cigna and CVS Health is already dwarfed by pharmacy benefit management (PBM) revenue (as well as retail clinic revenue for CVS). UnitedHealth Group (UHG) is clearly leading the pack, with a robust revenue diversification and vertical integration strategy. Its Optum subsidiary grew 62 percent over the last five years, nearly double the rate of its UnitedHealthcare insurance business. Already the largest employer of physicians in the country, Optum recently announced plans to acquire Massachusetts-based 715-physician group, Atrius Health. It also announced its intent to acquire Change Healthcare, one of the largest providers of revenue and payment cycle management solutions. Given the outsized role of the Optum division in driving UHG’s growth and profitability, it may soon face a dilemma that other publicly traded, diversified companies have had to confront: shareholder demands to unlock value by spinning off the business into a separate company. Central to fending off that kind of activism by shareholders: demonstrable steps to integrate the myriad businesses the company has acquired into a functional whole. Just as Amazon’s hugely profitable Web Services business has become a target of spin-off demands, so too, eventually, may UHG’s Optum. 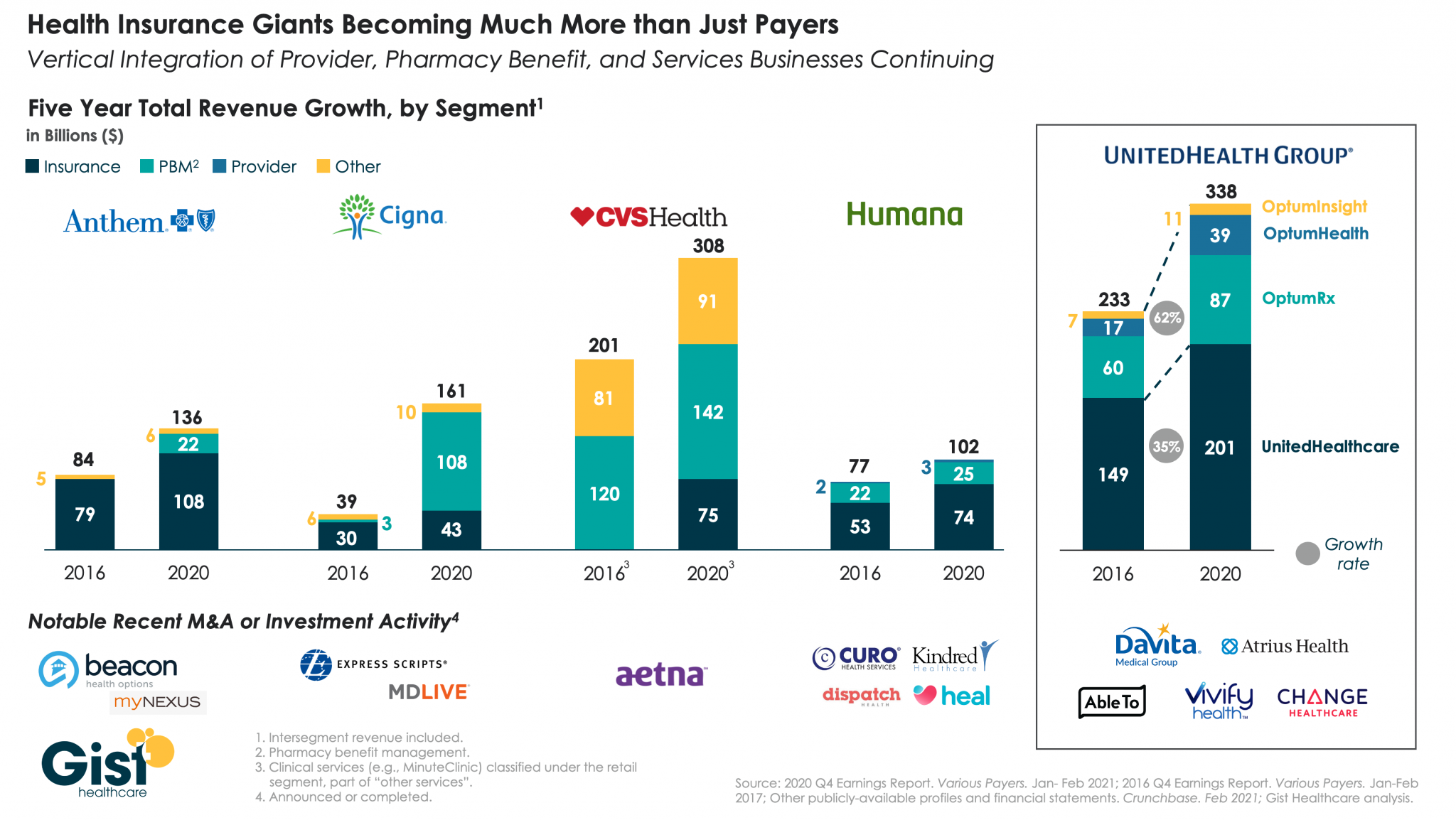