Early data on vaccine distribution by race and ethnicity show a mismatch between those population groups receiving the vaccine, and those that have been hardest hit by the pandemic. As the graphic below shows, Black and Hispanic Americans have thus far been vaccinated at considerably lower rates in many states compared to their share of population as a whole—and these disparities are likely to worsen as states shift focus to senior populations for priority access, moving away from prioritizing essential workers, who tend to be more racially diverse. The White population skews older, which stands to widen disparities in the near-term. Another compounding issue: vaccine hesitancy. A recent Morning Consult poll found that, despite an overall increase in overall vaccine willingness, Black Americans remain the most hesitant, with only 48 percent willing to get the vaccine. Meanwhile, Black and Hispanic Americans continue to be disproportionately impacted by COVID, with hospitalization and death rates nearly three to four times greater than those of White Americans. Hesitancy will become an increasingly urgent problem as larger swathes of the population become eligible for vaccination, especially given that communities of color tend to be younger, as shown below. 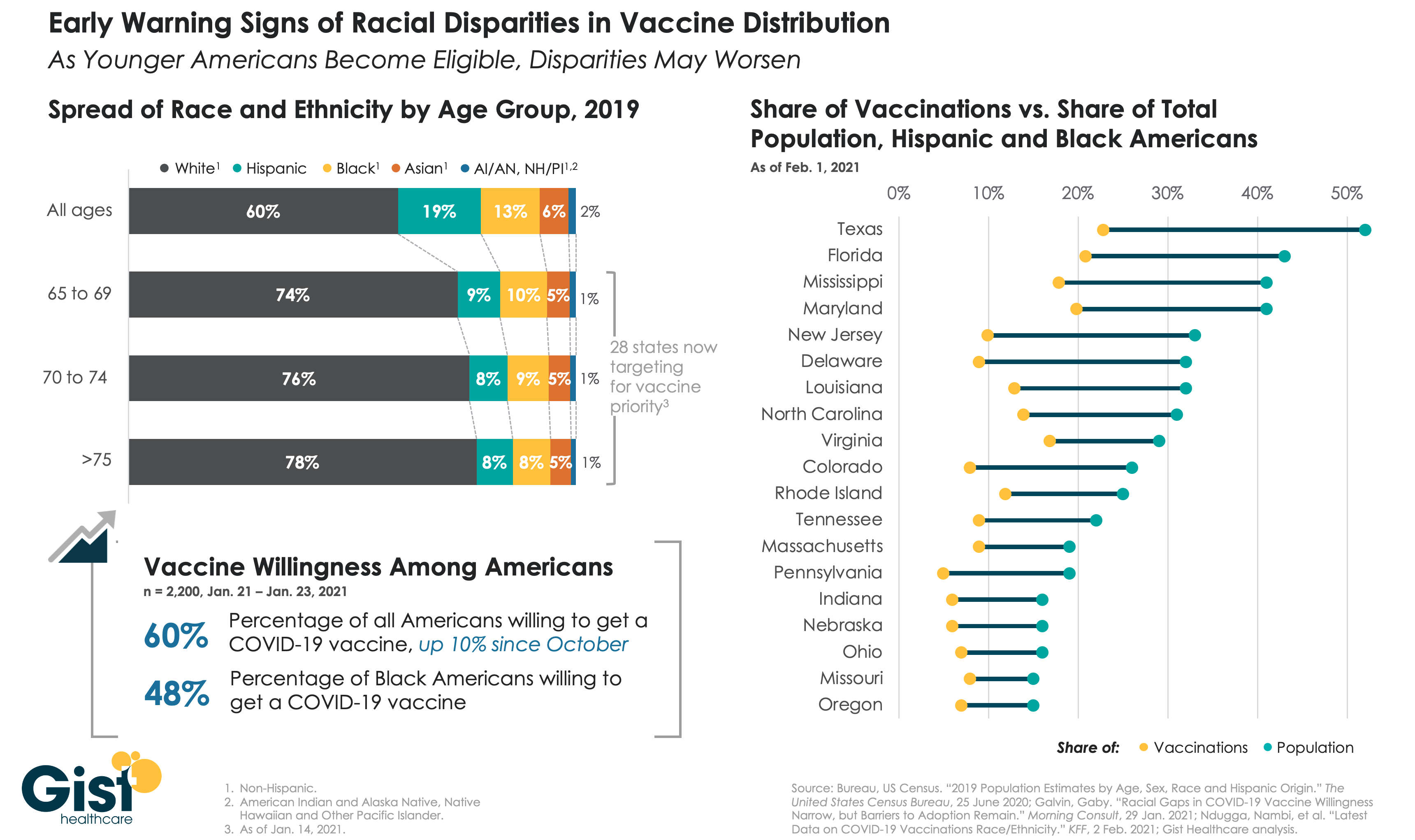