In 2020, a record-breaking 19 rural hospitals closed their doors due to a combination of worsening economic In 2020, a record-breaking 19 rural hospitals closed their doors due to a combination of worsening economic conditions, changing payer mix, and declining patient volumes. But many more are looking to affiliate with larger health systems to remain open and maintain access to care in their communities. The graphic below illustrates how rural hospital affiliations (including acquisitions and other contractual partnerships) have increased over time, and the resulting effects of partnerships. Affiliation rose nearly 20 percent from 2007 to 2016; today nearly half of rural hospitals are affiliated with a larger health system. Economic stability is a primary benefit: the average rural hospital becomes profitable post-affiliation, boosting its operating margin roughly three percent in five years. But despite improved margins, many affiliated rural hospitals cut some services, often low-volume obstetrics programs, in the years following affiliation. Overall, the relationship likely improves quality: a recent JAMA study found that rural hospital mergers are linked to better patient mortality outcomes for certain conditions, like acute myocardial infarction. Still, the ongoing tide of rural hospital closures is concerning, leaving many rural consumers without adequate access to care. Late last month, the Department of Health and Human Services announced it would distribute another $7.5B in American Rescue Plan Act funds to rural providers. While this cash infusion may forestall some closures, longer-term economic pressures, combined with changing consumer demands, will likely push a growing number of rural hospitals to seek closer ties with larger health systems. 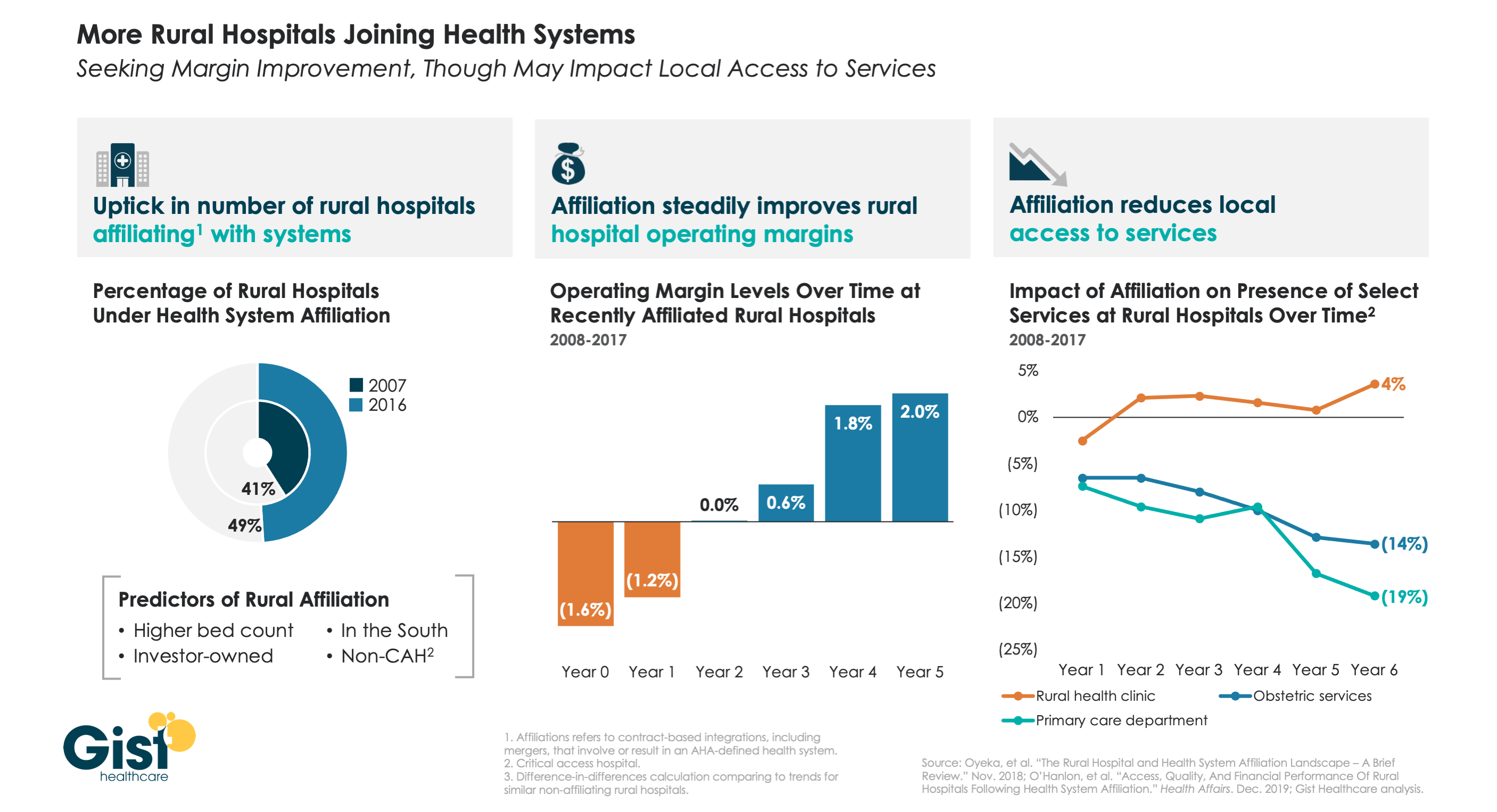