1. The Medicare ACO program is not generating savings—which we already knew

Avalere’s new analysis shined a light on just how far the ACO program is from CBO-projected savings. But it’s not news that ACOs haven’t generated net returns for CMS. Annual results have shown the same thing each year of the program’s operation. When CMS released the 2016 results last October, many observers noted that CMS lost $39M on the program, when bonus payouts were subtracted from program savings. Applying Avalere’s approach, and considering the full impact on spending relative to benchmark, we believe actual losses are likely even higher, perhaps over $70M, after debiting the program for the amount spent by those ACOs who did not generate savings beyond their benchmarks.

Each fall, healthcare analysts and ACO participants eagerly await the unveiling of the previous year’s MSSP performance results and wonder if this might be the year the program generates real savings. The fact that MSSP hasn’t turned a corner yet should be no surprise. Having worked with hundreds of ACOs since the program’s inception, we continue to see a handful of key issues that hampered the program four years ago still at the root of performance today: 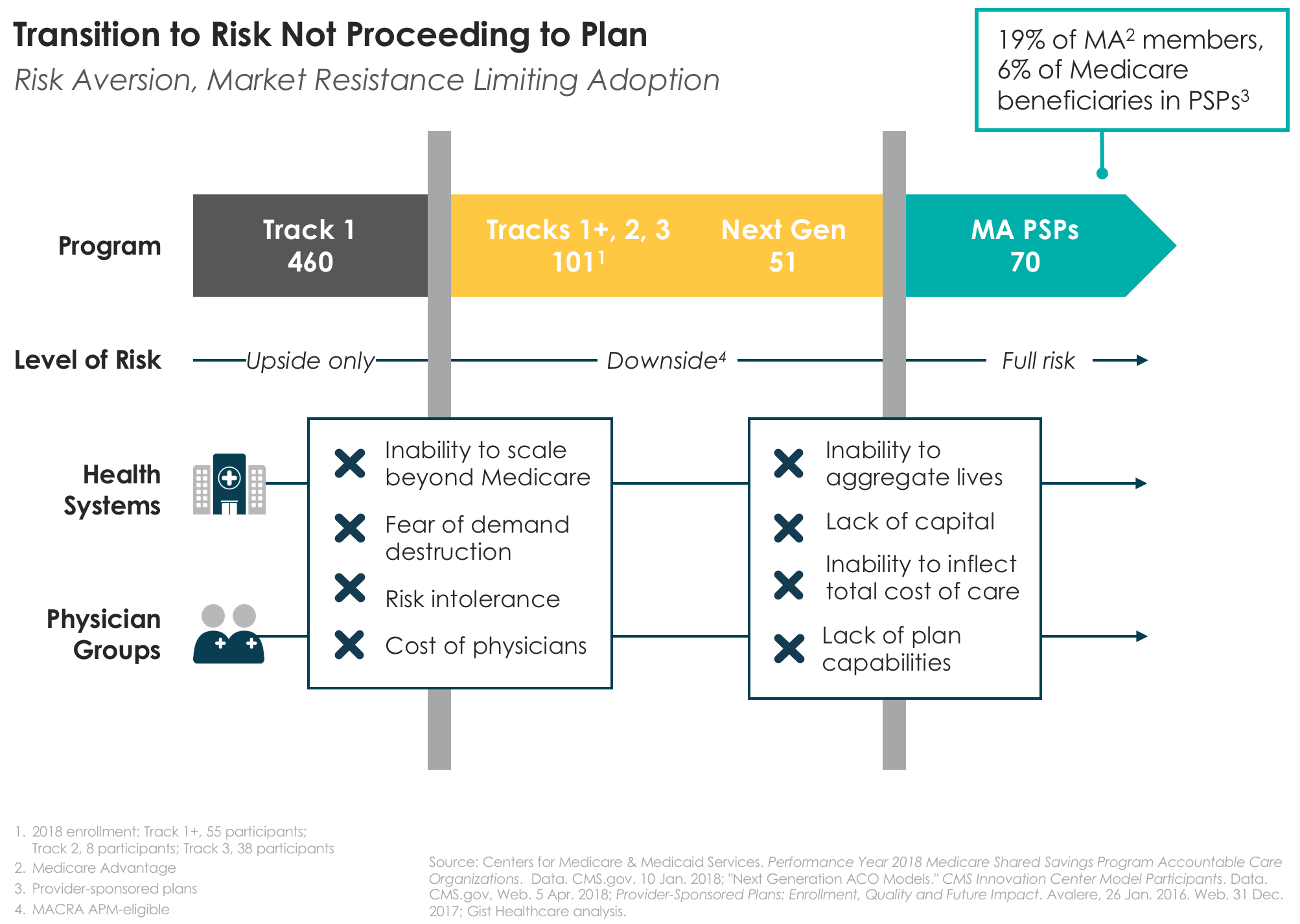 3. ACOs must move to downside risk much faster for the program to generate savings

Despite the lack of program savings, there were some positive results in the latest ACO reporting. Quality performance has been strong, and quality is not being sacrificed for savings—those ACOs who earned bonuses had higher quality scores. Avalere’s analysis shows that ACOs who have been in the program longer generate more savings, with the “year 4” cohort generating a positive return for CMS.

Most importantly, several years of data reveal that ACOs who took downside risk have generated net savings. Of course these ACOs tended to have more experience with the program, but the motivation to change clinical practice, tighten referral patterns and invest in needed infrastructure is much greater with real “skin in the game.” As we’ve discussed previously, nearly all ACOs who feel confident in population management want to move to downside risk faster than the market allows—and are looking to Medicare Advantage, not shared savings, as an end-state model for managing Medicare risk.

MSSP was designed to provide providers with a “glide-path” to risk, an upside-only option to develop capabilities before taking on real population risk. Perhaps the kickboard is helpful or even necessary for some providers. But policymakers should not expect ACOs who linger in the shallow end of the pool—upside-only Track 1—to suddenly swim the length. Medicare will have to create stronger incentives to move providers toward downside risk if generating savings is a primary goal of the program.